At the south end of Miyako-jima, there is a gigantic western castle close to the beach shore. While the idea of having a German castle constructed in Okinawa, the castle was built to commemorate a historical event and the virtue of fraternity that the locals have. In addition, it is the place to meet the real Berlin Wall and find the naturally formed heart-shaped rock in the sea!

The German castle is a replicate of the Marksburg castle in Germany. In 1873, a German merchant ship R.J. Robertson became a typhoon victim.

Because of the rough weather condition, the islanders couldn’t save the crew on the day of the incident. But they didn’t give up. They lit many bonfires at the shore to keep the crew’s will to live up. As soon as the weather got better, the crew was saved, and the locals took care of them for 34 days and helped them to sail back to Germany.

This was brought to the attention of the German king at the time. A monument was sent to Japan to express his appreciation of the kindness of the islanders in 1876. Then in 1996, the Ueno German Culture Village was built near where the boat was stranded to pass on the spirit of fraternity to future generations and as a base for international exchange.

Hakuai Memorial Hall is also known as Hakuai-Kan. It is a museum type of facility that is decorated like a German castle with western armors, furniture, and artwork. There are also documentaries about the incident in 1873.

The 8th floor is an observatory floor where you can enjoy the majestic surrounding views from 42 meters above the ground. You can see as far as the stunning Cape Higashi-Hennazaki (東平安名崎)!

From 9 am to 4 pm, you can wear German aristocratic costumes and take pictures on the castle’s first floor. In addition to costumes, accessories and wigs can be coordinated as you like.

Tip: There is an escalator for you to use to get to the 8th floor.

Kinder House means children’s house in Germany. Like its name, it is a spot for children to enjoy and learn about German culture.

Materials from Grimm’s fairy tales and German toys are exhibited. There is also a corner where your children can play with wooden toys and a library where they can read fairy tales.

Furthermore, the real Berlin Wall is on display, along with related materials and photographs from that time.

Sea Sky Hakuai is a Semi-submersible underwater sightseeing boat. It is the perfect attraction for those who don’t want to get wet but still want to tour and observe the marine life in Miyako Island’s beautiful sea.

It can be boarded from the pier near Hakuai Fishing Port. Because the port is also a spot to feed the sea turtles, you will get a higher chance to spot the cute sea turtles while onboard.

The boat departs at an hourly interval from 9 am to 4 pm, excluding 12 pm. The cost of the 45-minute boat ride is:

A promenade is built around the beach shore around the village. Before high tide, see if you can spot a rock with a hollow heart shaped in the sea. The heart shape is formed naturally by sea erosion and has become the most popular spot for pictures on the village’s ground.

Tip: If you choose to board the Sea Sky Hakuai, you can get to even closer to this rock! 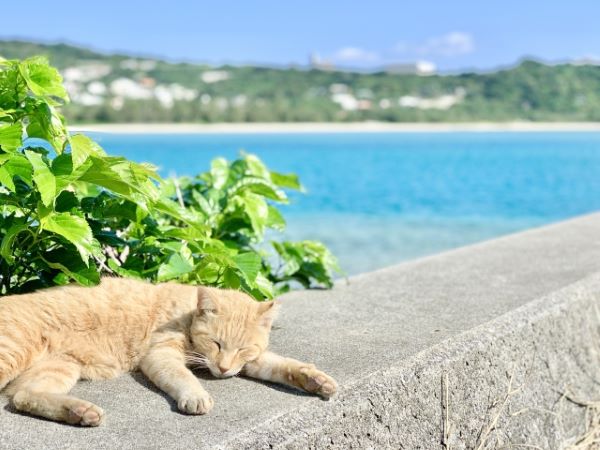 If you are both a foodie and a cat lover, you will find Ou Island (Oujima, 奥武島) in southern Okinawa very attractive. What could beat… 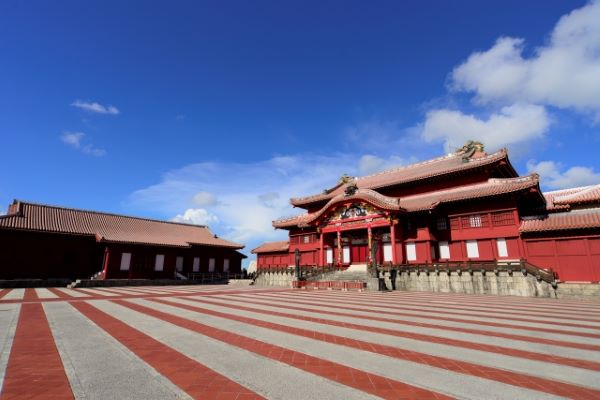 Shurijō (首里城), a world heritage castle in Okinawa and Japan’s National Historic Site, was the residence of the Ryūkyū Kingdom’s king from 1429 to 1879.…

When you visit Okinawa‘s capital city Naha, there are three manjū shops that you have to visit, even if you aren’t a sweet tooth! Based…