At the northmost part of Noto Penisula, there is a picturesque cape called Cape Suzu (珠洲岬). It is also where the most fanciful ryokan is located in the peninsula!

Cape Suzu is actually a general term for a couple of capes in the area, including Rokkosaki Cape, where the Rokkosaki Lighthouse is located. However, many people nowadays refer to Cape Suzu as Cape Kongō (金剛崎), which is the spot in the photo. It is one of the rare places in the world where the cold current from the north and the warm current from the south meet in the ocean, creating polar and subtropical jet streams interacting in the air.

The black houses in the photo above are the Lamp no Yado Ryokan under the cliff at the coast. Just like its name, the onsen ryokan uses lanterns to light up the guestrooms and common areas at night, creating an adventurous but luxurious atmosphere.

The guestrooms in this ryokan come with a private onsen bath. Giving you all the privacy you need to enjoy the stunning view while indulging in the onsen! Apart from the onsen tub in your room, there is also a splendid private bath you can reserve after you check in. As it can only be booked on a first-come, first serve basis, try to get there around 3 pm!

Note that this ryokan, albeit its inconvenient location, is actually really popular that the ryokan can be booked out 6 months in advance. So if you want to stay there, make a reservation as early as possible.

Tips:
☛ Let the ryokan know your special dietary requirements. They can cater (^_-)-☆
☛ Pick-up and drop-off services to the nearest bus stop, Yoshigaura (葭ヶ浦), are available. If you want to utilize this service, give them a call before you board the bus at Suzunarikan-mae (すずなり館前)
☛ Ryokan guests get a discount on the admission fees to the Aerial Observatory and the Blue Cave
☛ If you are staying overnight at the ryokan and are driving, park your car in the pink area in the aerial photo on the ryokan website’s access page HERE. The staff should be waiting for you at the yellow area, ready to fetch you to the ryokan between 3 and 5 pm 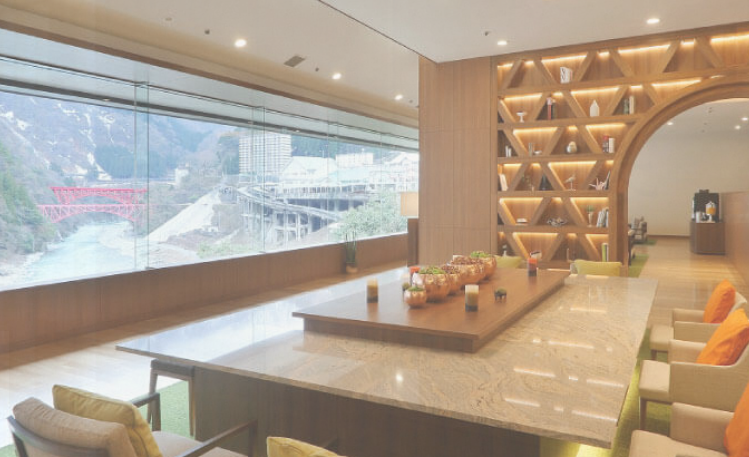