If you have a competition or something similar coming up, make sure you visit Akiu Shrine (秋保神社) in Sendai, Miyaji Prefecture, during your next Japan trip. The shrine erected in the early Heian period has been a famous shrine for those who want to pray for victory. In recent years, starting from the famous Japanese figure skater Hanyu Yuzuru, Akiu Shrine has become a pilgrimage spot for sports players and athletes to prepare for their upcoming big events. Simply walking down the short approach lined with banner flags with the God of Victory (勝負の神) boldly written will somehow make you feel like the Goddess of Victory has already been smiling at you!

Akiu Shrine is the oldest shrine in the Akiu area. The shrine originated from the Kumano Shrine (熊野神社), erected in 808 by Sakanoue no Tamuramaro (坂上田村麻呂) to pray for the success in suppressing the northern provinces.

Sakanoue no Tamuramaro is the Shōgun in the early 9th century. In his lifetime, he served a total of four emperors. Because of his glorious military achievements, after he passed away, he was deified as a god of martial arts and military god.

In the Muromachi period (1336 – 1573), Taira no Morifusa (平盛房), who was chased away from his province, prayed at Suwa Taisha (諏訪大社) in Nagano to recover his lost land. His prayer was later answered, and he ceremonially transferred a divided Suwa Daijin’s spirit to the Kumano Shrine. The shrine was later renamed Suwa Shrine (諏訪神社).

Because of this history, the god here was worshiped as the God of War (戦の神).

In 1600, when the Sendai Domain was established, Akiu Shrine’s god was regarded as the guardian god of the samurai class. The shrine thus received much support from the Date clan, who governed the Sendai Domain.

In 1909, due to an order from Emperor Meiji, the five shrines in the Akiu area were combined to form the Akiu Shrine.

The Banner Flags at Aiku Shrine

Before you see the shrine’s torii gate, what will definitely catch your attention as you get closer to Akiu Shrine is a series of white banner flags with “The God of Victory, Shōbu no Kami (勝負の神)” powerfully written.

You may feel that you have absorbed some of that power just by walking between the flags!

The flags were all contributed by pilgrims who wished for god’s blessing to win a sports game or just about anything involving some element of competition. Many of the flags were planted by professional sports players and athletes.

While you won’t find a flag from Hanyu Yuzuru, he did visit the shrine after he became the champion of the Winter Olympics in 2014 as a thank you gesture to Akiu Shrine’s god for the blessing and the talisman he received from the shrine before the Olympics.

You can apply for your banner flag with your name written to be hung as well, costing 6,000 yen. Note that they usually require 10 days to print your name on the flag before putting it up. Also, you will need to fill in the online Japanese application form HERE.

Standing in between the red torii gate and the main worship hall is the shrine’s Nagatoko. Nagatoko was originated from Shugendō (修験道). It was where practitioners would make their prayers. Today, it is an elongated temple or shrine building that sits in front of the main hall.

Shugendō (修験道) originated in Japan. It is derived from animistic beliefs and embraces Shintoism, Taoism, and Buddhism. It aims to cultivate spiritual power through ascetics in holy mountains.

Remember to check out the shiny golden festival float stored in the left corner of Nagatoko! It is used in the big festival held in September.

Opposite the portable shrine is a piece of wood called Umemoreki (埋もれ木). The term is given to a wood that has become more like a stone over many years.

The one at Akiu Shrine’s Nagatoko was found in between the broken walls after the 2011 Tōhoku earthquake. If you try to hold it up, you will soon realize that the wood’s weight is disproportionate to its size!

At Nagatoko’s left, you will see Akiu Shrine’s Kagura Hall. As the 2011 Tōhoku earthquake knocked down the original hall, the current hall is a new building completed in 2018.

Kagura Hall is where ritual dances are performed to entertain the gods. If you are interested in seeing the powerful dances, visit Akiu Shrine on the below dates:

On the worship hall’s left is an old persimmon trunk. It is said that the trunk was found when Akiu Shrine celebrated its 1,200-year anniversary.

Remember to stroke the hole at the center for some blessing for child conception!

“Masaru” can also be written as “魔去る” in Japanese, meaning the evil spirits are leaving. In other words, the stone has the power to chase away evil spirits. But how?

The Yakuwari-tama Balls are usually placed in front of the Masaru-ishi Stone. Put 200 yen into the donation box and pick up a Yakuwari-tama. Then blow into Yakuwari-tama’s small hole while picturing you blow the potential bad luck or whatever is troubling or worrying you into the ball.

If there are no more Yakuwari-tama placed on the table, you can get them from the shrine’s office.

Remember how Akiu Shrine is formed by combing five shrines in the area? In addition to the main worship hall, there are four small worship halls for each of the shrines that have been relocated.

Then on the left of the four small halls, you can see the statues of the Seven Lucky Gods being lined, awaiting your visit.

The Sacred Trees at Akiu Shrine

In addition to the persimmon tree trunk that has been treated as an object of worship, there are two more trees in Akiu Shrine’s precinct that you can pray to.

If you are a Goshuin collector, plan your visit carefully. On certain days of the month, Akiu Shrine offers special Goshuin to its pilgrims!

If you wonder why the Goshuin Akiu Shrine hands out a samurai sword on the 3rd Sunday of each month, it is because of the ritual held in the morning on the day.

From 10 am to around noon, an Evil Spirit Slashing Ritual (悪縁斬り良縁結祭) is held in the precinct. It is a ritual to cut bad luck and bad connections into half so it won’t trouble you anymore! In addition, you can then pray to god for good luck and prosperity.

If you want to participate in this ritual, you can apply at the shrine’s office on the day.

In addition, a Sword Drawing Ritual (悪運斬り勝運祈祷抜刀錬成体験) is held on the 4th Sunday. Similar to the Evil Spirit Slashing Ritual, it is an event to pray for good luck.

What is awesome about the Sword Drawing Ritual is that you will be the one who draws out the sword with instruction from a professional! You can refer to the official website for some photos HERE.

Please note that to participate, you will have to apply at least 8 days in advance through the shrine’s website HERE. Thus, you will need to understand Japanese or be accompanied by an interpreter to be part of it.

With that being said, you can always be there to observe the event! 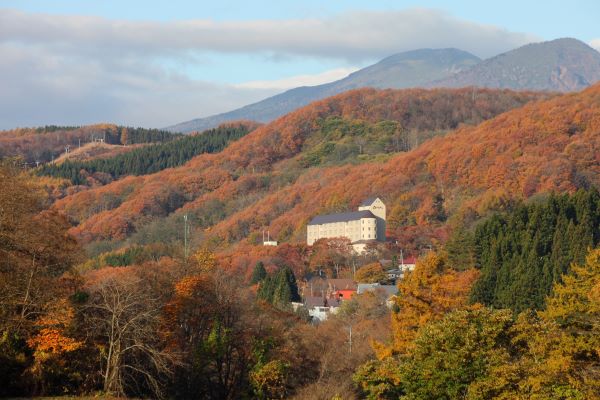