With Japan continuing to be one of the top travel destinations in the world, it is always good to know and understand a little bit about train etiquette in Japanese culture. Keep in mind that the trains in this country are impressively punctual and on time. This is a hallmark of the Japanese culture and about everything they do. They pride themselves on being organized, disciplined, and hard-working. Also, note that train transportation in this beautiful and intriguing country is remarkably efficient and well designed. With the train system being utilized by millions of people every day, understanding proper train travel etiquette in Japan is essential.

In most cases, eating on a train in Japan should only be done while embarking on a long-distance trip. However, even with this said, it is recommended to avoid foods with a strong or offensive aroma.

In addition, short-distance train trips are not recommended for those who wish to eat. Drinking water is acceptable on long and short hall train trips, but it is best to avoid drinking coffee, soda, and other flavored drinks. Even the use of mobile phones on the Japanese train system network has some limitations.

Priority seating on the Japanese train system carries a lot of weight. Most priority seats are situated near the door and will have a sign indicating their status. These seats are intended for pregnant ladies, those with disabilities, the elderly, or families with small children. If the train happens to have a light load or is not crowded, anyone can take advantage of the seats with limitations.

Always be ready to give up your seat to someone in one of the mentioned categories. In Japan, chivalry is alive and well, so if all the priority seats are full, it is always held in high regard if you were to give your seat to someone who would be better served by sitting.

Mobile Phone Use on Japanese Trains

For example, in today’s world, where everyone is connected via smartphone, many people use cell phones while on a Japanese train. However, it is important to be aware of your phone usage, making sure that it does not offend or disturb other travelers.

A limited number of the train systems, specifically the special express and bullet trains, found in the country will have designated phone areas for those wishing to make a call.

One good recommendation is always to use headphones so that others are not disturbed. Also, it is important to have your phone turned off if you are sitting in priority seating. This is a courtesy so that the elderly with pacemakers are not affected. As a special note, excess noise is strongly frowned upon, including making loud phone calls and playing music out loud. Be prepared if you do to be stared at and maybe even scorned a bit.

Getting on and off a Train in Japan

When leaving or disembarking a train in Japan, exercise polite behavior and never push or shove. As your stop approaches, you should begin to collect your belongings and make your way towards the door. Japanese people are polite and will typically move aside so that you are able to exit easily. If necessary, use the term “sumimasen” or “sumimasen, orimasu”, which are translated simply into “excuse me” and “I am getting off” to exit efficiently.

Tip: If you don’t read Japanese, pay attention to the number of triangles, circles, or even footsteps symbols on the platform. They usually indicate how many lines you should form while queuing!

Also, what is worth noting is that littering on trains in Japan is never tolerated. Always avoid leaving trash or litter behind on the train. Even neatly folded newspapers or small food wrappers should be taken with you when exiting. As with disembarking, the queuing process for boarding can be expected to be organized and orderly. It is best not to resist this disciplined flow and wait your turn as you board. The Japanese do not like disorder, which quickly becomes obvious once you spend more and more time in the country.

One unique aspect of the Japanese train system is that some commuter trains will have clearly marked areas that specify “for women only.”

These train cars are reserved for female occupants who wish to avoid being in close proximity to male passengers. When visiting Japan and traveling on the train system, always respect these signs if you are a male, by never boarding a car with a sign indicating ladies only.

The sign will usually be pink, and the seats may either be pink or a variety of colors. Also, note that during certain times of the day, even ladies-only trains may be open to all travelers. Be aware of these simple facts to always remain within proper etiquette when traveling on a train in Japan.

Japanese trains are frequently crowded, so it is best to avoid taking up too much space with your luggage and belongings. When carrying a small suitcase or other similar types of luggage, it is recommended that you place the item on your lap or between your feet on the floor. It is also a good idea to use the overhead luggage rack when possible.

Note that some long-distance trains will have designated areas for large suitcases or other big items. Short-haul trains like the ones from the airport may have less storage space than long-distance intended trains. The longer haul trains are sometimes equipped with wider space between rows. One good tip if you plan to travel with a lot of luggage is to consider the advantages of using a luggage forwarding service.

Finally, as is the case with many countries today, Japan does not allow smoking on any of their trains. That said, you may occasionally come across a train that has a designated smoking car.

Consider these useful and important tips for navigating the Japanese train transportation system. Understanding local cultures and complying with their cultural norms is respectful and will make your travel to this beautiful, intriguing and delightful country much better. Visiting Japan has never been a more exciting proposition – get your travel plans started today!

For other useful information, refer to other articles in the Japan Travel Tips category! 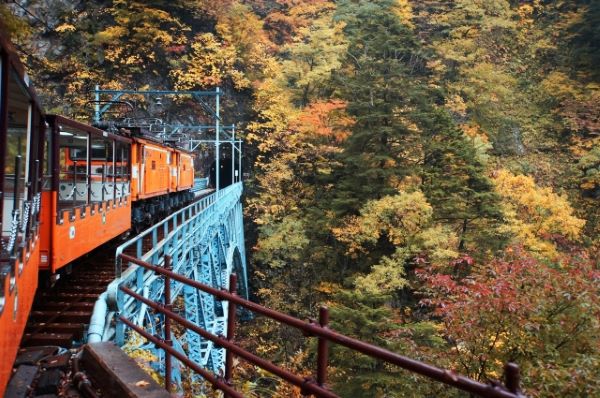 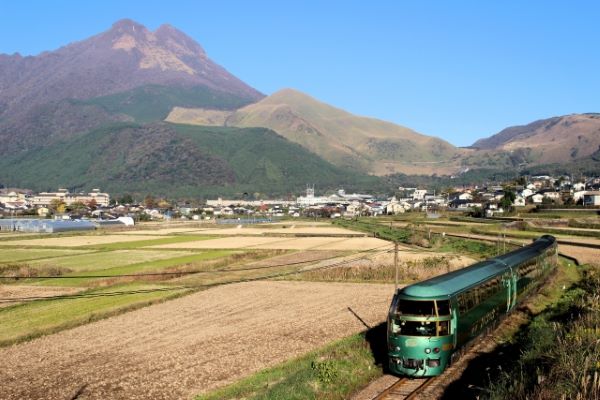 JR Kyūshū, a part of the wider Japan Rail group, runs the most sightseeing trains in Japan. One of these trains is Yufuin no Mori…