Kurashiki City (倉敷市) is more than just the Kurashiki Bikan Historical Quarter (倉敷美観地区). Not too far from this popular attraction, there are a couple of unique spots that might excite you if you are a collector or a Japanese sword admirer. Just a 40-minute train ride away, you will be able to source Japan’s best denim from Kojima District. And, you will get one of the best views of the Seto Ōhashi Bridge (瀬戸大橋) and the Seto Inland Sea!

A couple of the best cherry blossom spots in Okayama Prefecture are also located in Kurashiki City for your photography sessions when you visit the city in spring (^_-)-☆. Below is a list of attractions in Kurashiki City that cover various interests for you to pick from.

The Kurashiki Bikan Historical Quarter is also known as Japan’s “Little Venice”. It is a historical area comprising classical Japanese architecture and a gorgeous canal. With the canal surrounded by unique traditional Japanese housing, it isn’t just one of the main attractions for tourists visiting Okayama Prefecture, but also a popular Japanese drama/movie shooting location!

With a variety of shops, eateries, and galleries in the area, you can easily spend a whole day here without getting bored (=ﾟωﾟ)ﾉ.

As there are many attractions just in this area, we have summarised the spots that are worthwhile visiting in another article – Kurashiki Bikan Historical Quarter!

When you were a child, you might have had a piggy bank given to you by your parents to teach you how to save money. Regardless of your memory of that piggy bank, you will be amazed by the piggy bank collections they have at Kurashiki Moneybox Museum.

Not only will you find the traditional Japanese piggy banks, but there are also money boxes in the shapes of well-known animes and Disney characters. They even have piggy banks from around the world!

Judging by the number of the statue of Nipper on the museum’s roof, the museum’s owner must be a big fan of the painting, His Master’s Voice painted by Francis Barraud. In one part of the house, the Dog Museum also has Nipper, big and small, statues and printed images on objects everywhere!

You will also find antique toys in another area of the mouse. The toys in their Toy Museum differ from the toys in the Japanese Folk Toy Museum (日本郷土玩具館) in Kurashiki Bikan Quarters. The ones here are from a relatively recent period. As you will see for yourself when you visit the museum, the toy collection here is strongly influenced by the American cartoon.

If you are looking for a shrine to visit when you come to Kurashiki Bikan Historical Quarter, we recommend the Achi Shrine, located at the top of Mt. Tsurugata (鶴形山) at its north.

Not only the shrine has a history of more than 1,700 years, but there is also a super old and huge wisteria tree that is said to be between 300 – 500 years old! The trunk is thick so thick that it has a diameter of 1.5 meters Σ(ﾟДﾟ).

But as a test of the worshipers’ determination, to get to the shrine, you have to climb through around 200 staircases that are divided into three sections. As an encouragement, each section is named after the nickname of 50 years old, 60 years old, and 70 years old, symbolizing you will be able to live till that old. While living past 50 years old isn’t considered a rare thing nowadays, many didn’t make it back then!

The main god enshrined here looks after the prosperity of businesses, perfect for the small businesses at Kurashiki Historical Bikan Quarter now and the trading businesses a few hundred years ago. Apart from the main worship hall, quite a few smaller halls enshrined different gods scattered around the precinct of Achi Shrine.

Back to the wisteria at Achi Shrine, the season of the wisteria flowers is from late April to early May. In early May, the three-day event, Fujimi-no-Kai (藤見の会), is held to entertain the shrine’s worshipers. Traditional music is performed under the wisteria pergola from 10 am to 3 pm each day, with various events such as the traditional noh play. The most exciting event is probably the performance where females are dressed up in traditional warrior gear and firing guns that were used a couple of hundred years ago!

Achi Shrine is one of those shrines in Japan that have many festivals and events throughout the year.

How to Get to Achi Shrine

It is a 15-minute walk from JR Kurashiki Station (倉敷駅). Note it might take longer depending on how fast you climb those staircases…

Rather than a museum, this attraction is more like a display room and a facility that helps sword owners to determine the value of their knives and swords.

Nonetheless, for all the Japanese sword fans out there, it is still an exciting place to be at. Because if you request it, you will most likely get to touch one of the swords!

For a more detailed understanding of how the Japanese sword is made, we will recommend you to visit Bizen Osafune Touken no Sato Bizen Osafune Sword Museum (備前おさふね刀剣の里 備前長船刀剣博物館) in Bizen City close by. If you choose your date right, you can see how blades are forged!

Apart from the free sword value determination service, it is also a place for people to buy and sell Japanese swords. As all the swords sold here have been registered, no license is required if you are interested in purchasing any. However, only those with Japanese citizenship are allowed to buy them now.

Important: As knives and swords are on display and some can be easily reached, elementary school students and younger children won’t be able to access this museum for their safety.

Mt. Tanematsu (種松山) is a low mountain with an altitude of 258 meters located south of Kurashiki City. From late October to June, various flowers bloom one after another, making it a popular spot amongst the locals and residents of close-by cities.

There are also Japanese gardens and ponds in the park, which we thought are nice additional features for adults to appreciate. If you come with children, leave them to enjoy themselves at the playsets next to the gardens while you have some peaceful moments in the garden that blend into the surroundings nicely.

HERE is a map (in Japanese) for you to get some ideas of what to expect on the day.

The types of flowers that you can expect to see in the park and their seasons are as per below:

How to Get to Mt. Tanematsu Park

With the temple located on top of a hill, the whole hill is known as the Entūji Park. The park provides its visitors with a wide view of the Seto Inland Sea, the scenery of colorful flowers in spring and summer, and beautiful foliage in autumn!

As one of the popular cherry blossom spots in the city, from late March to early April, the park will be relatively more crowded. And on the second Sunday of April, Ryōkan Chakai (良寛茶会) is held at the temple for visitors to experience the elegance of the Japanese tea ceremony (*´ω｀).

Other flowers, such as Azalea, will bloom from mid-April to mid-May followed by pink lotus blossoming in early summer.

How to Get to Entūji Temple

From Shin-Kurashiki Station (新倉敷駅), take bus services operating by Ryobi Bus (両備バス) and get off at either Tamashimachūō-Chō (玉島中央町). From the bus stop, it will be 20 minutes hiking up the hill before you get to the temple.

As the number of services is limited, please refer to HERE for the service’s timetable to plan.

At Shōshūhō (鐘秀峰), the summit of Mt. Washu or Washuzan (鷲羽山) in the Seto Island Inland Sea National Park, will get you a panoramic view of 50 islands of different sizes, together with the famous Seto Ōhashi Bridge!

Also, the sunset from Mt. Washu was chosen to be one of the 100 Best Sunsets in Japan. This is why it is a spot that you shouldn’t miss!

To find out more on how to get there as well as the best time to be there, please refer to our Shōshūhō Article (=ﾟωﾟ)ﾉ.

The Kojima Jeans Street is practically the symbol of the Kojima District that is around 40 minutes away by train from JR Kurashiki Station. As the origin of Japan’s denim industry, as soon as you alight from the train, you will be surprised by the amount of jeans-related decorations!

Even if you aren’t interested in shopping, this is still a spot that is worthwhile to drop by and see. The scale of how they advertise their local denim industry is the grandest that we have ever seen. Even the public toilet on the street comes in as a pair of jeans (´▽｀*).

For more information, please refer to our Kojima Article!

Although with an English name, Betty Smith is a domestic jeans maker established in 1962. The company’s museum opened in 2003 consists of a couple of buildings, all within a 2-minute distance. This includes two museums, a workshop, an outlet, and Japan’s oldest jeans factory.

It is a great place to learn the history of the denim industry, especially if you can read Japanese (otherwise, the photos, equipment, and denim clothes on display help map an overall picture).

Lastly, the staff will sew the leather label onto your jeans before your unique pair of jeans is completed (=ﾟωﾟ)ﾉ.

Tip: If you want to further customize your jeans, such as making them torn, discuss with the staff first. They are accommodating, except you need to pay for these special treatments.

Also in Kojima District, a 6.3 km track is perfect for anyone who enjoys trekking and cycling. The track starts from the old Shimotsui Dentetsu’s Kojima Station, just a 15-minute walk from JR Kojima Station (児島駅).

Starting from the Old Kojima Station, you will not only be greeted by the abundant nature of Kojima, but the magnificent panoramic view of the Seto Inland Sea also unfolds in front of you!

As you reach the terminal stop – old Shimotsui Station (下津井駅), the trains that used to run on the track from 1914 – 1991, will also be there for you to explore (=ﾟωﾟ)ﾉ.

For more information about where you can rent a bike from around the station, please refer to our Kojima article!

When you visit Okayama Prefecture, you have to pay the capital – Okayama City a visit. You will find one of the top 100 Japanese castles there. The castle’s garden is even more renowned as one of the best three Japanese gardens!

And the city is a lot more than these two most popular attractions. To find out the other fascinating spots, please refer to our Okayama City article. 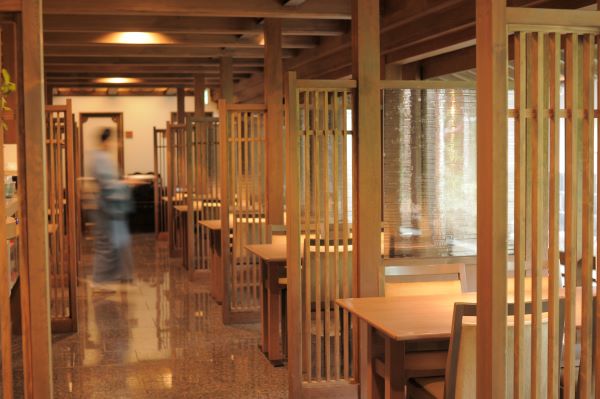 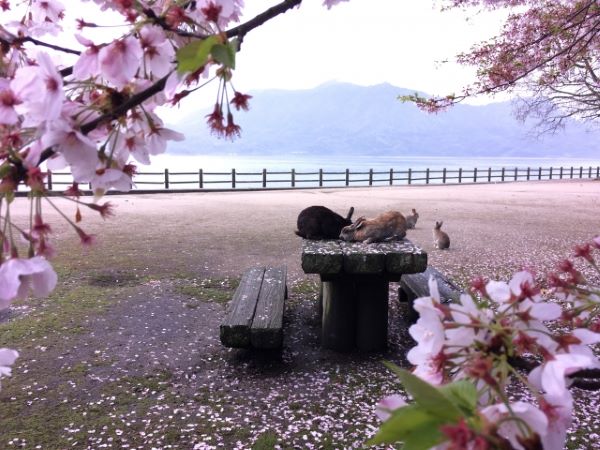 You probably have heard about the cat islands in Japan and maybe you have even been to one, but did you know that Japan has…

If you want to experience Japanese culture, such as a tea ceremony, Japanese sweets making, Japanese Sake, and spending time with Maiko, come to Japanese Culture…